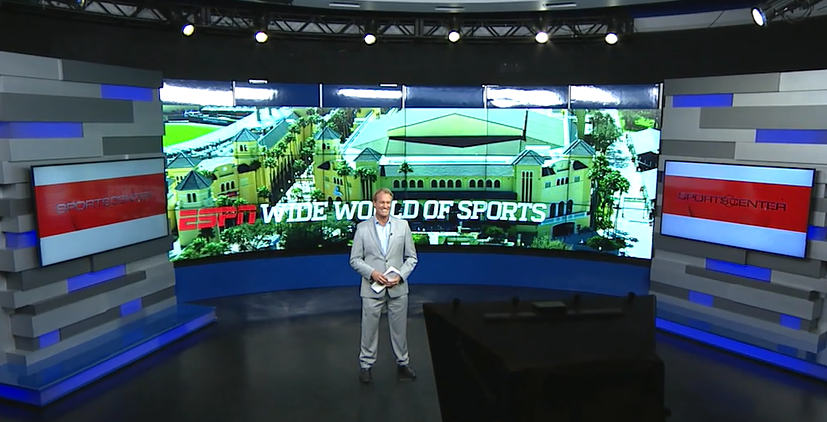 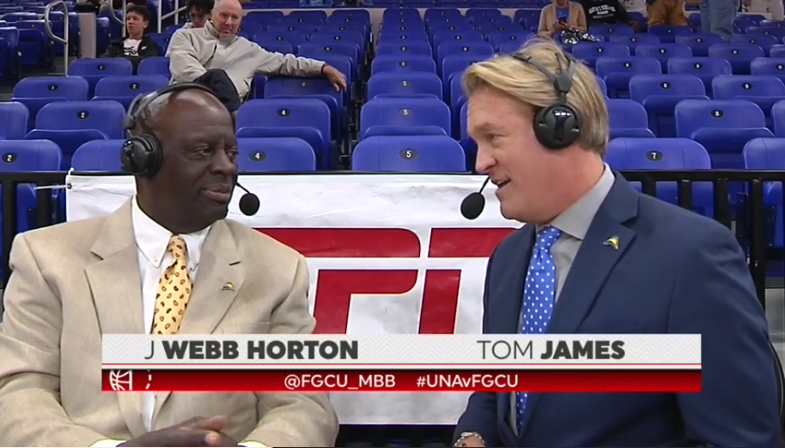 From 2010 to the present, Tom has done Play-by-Play & TV hosting for Florida Gulf Coast University (FGCU) in Dunk City. Over the past ten (10) years, three (3) of those as “Voice of the Eagles”, Tom has called hundreds of Men’s & Women’s Basketball games for FGCU’s ESPN+/3, radio, & internet broadcasts. That includes Men’s games at Duke, Indiana, TCU, & Toledo as well as NCAA Tournament & NIT games, and ESPN’s annual “Midnight Madness” specials live from Dunk City.

During FGCU’s magical March Madness run of 2013, Tom traveled with the team to the Sweet 16 in Dallas. He subsequently hosted the Chris Nealon-produced TV documentary “Dunk City: We Are FGCU” chronicling the Cinderella run, which aired throughout Southwest Florida on WGCU-TV (PBS). In May 2014, “Dunk City: We Are FGCU” won a 2014 Telly Award in the Television Documentary category. In Fall 2014, Tom hosted and Co-Produced (with Nealon) the documentary sequel, “The Dunk City Effect”. In November 2014, “The Dunk City Effect” premiered on WGCU-TV (PBS). Tom was Host and Co-Producer (again with Nealon) and was responsible for the original concept of the FGCU Women’s Basketball 2015 documentary, “Raining 3s,” on WGCU-TV (PBS). To date, this trilogy of documentaries has over 50,000 views on YouTube.

Tom has also called Eagles baseball (including FGCU’s 2012 upset of the #1 ranked Florida in Gainesville and the 2013 road sweep of the Gators) & FGCU softball games (including the 2012 trip to the NCAA Tournament).

Along with broadcasting, Tom has emceed multiple Men’s & Women’s Basketball Banquets, as well as the “Dunk City: We Are FGCU,” “The Dunk City Effect,” and “Raining 3s” premiere screenings for FGCU.

Tom got his start in his hometown of Ocala, Florida as a 17-year-old Part-time Sportswriter & Golf Columnist at the Ocala Star-Banner and Morning Sports Anchor in local radio. He is a graduate of the University of Central Florida in Orlando with a degree in Radio/Television Communications. During his college years, Tom did Play-by-Play for UCF football, basketball, & baseball, was a DJ for WUCF radio, writer for the student newspaper, and along with a few friends, helped launch UCF’s first ever completely independent, student-run TV magazine, “UCF Up Close.” Post-graduation, he worked as an Associate Producer at Orlando NBC affiliate WESH, before landing his first on-air TV Sports gig.